The Italian tenor Giuseppe Michelangelo Infantino was born in Leverkusen in 1994.
He started studying piano and lyric singing in 2008 with Maestro Giuseppe Garra at the ISSM “A. Toscanini “from Ribera.
Now He is studying with Mrs. Raina Kabaivanska

Winner of the Best Tenor Award at the MARCELLO GIORDANI 2018 competition by the Luciano Pavarotti Foundation.

Now is engaged in the role of ISMAELE in VERDI’S Opera NABUCCO at Teatro Verdi in Trieste , He will debut on Jan. 18°.

In 2010 he won the 2nd prize at the 5th Piano Competition “W. A. Mozart “of Mazara del Vallo. He started his concert activity, very young : he performed as tenor soloist in concert at the Association “A. Schweitzer “and the ISSM” A. Toscanini “of Ribera at the Greek Theater of Segesta, at the Pirandello Theater of Agrigento, and for the Association The ‘Amici del Loggione del Teatro alla Scala’, , Milan. He was finalist at “Voci Verdiane” of Busseto and at “Voce d’Angelo” contest by Parma Lirica.

-On August he debuted the role of Alfredo in La Traviata conductor Maestro Julius Kalmar.

-On July the role of Il Messaggero in the opera Aida at the Festival International de Carthage production of the July Music Festival Trapanese.

-Tenor soloist at the Teatro Massimo Bellini in Catania in the Haydn Symphonic-Choral Concert “The last seven words of Jesus on the Cross. 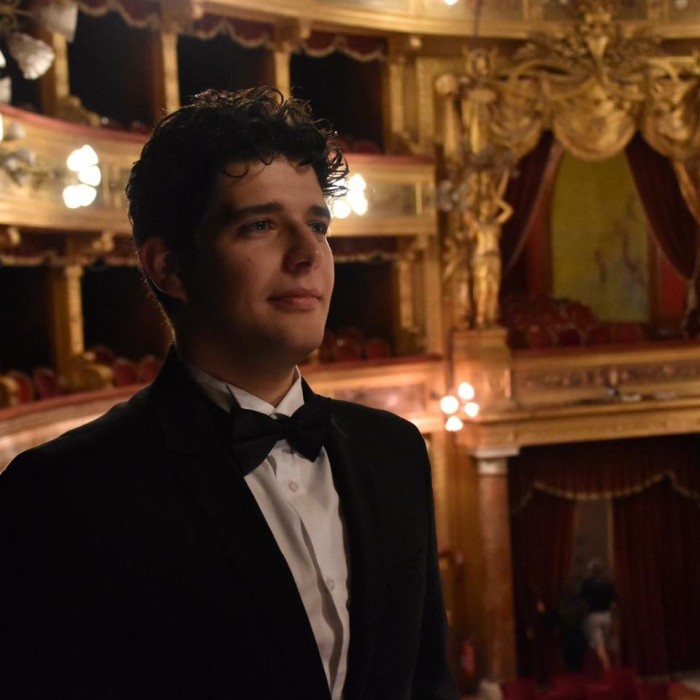