He has obtained his diploma in piano composition and Orchestra Conducting with M. Gusella, D. Renzetti, G. Serembe, A.Guadagno as well as Choir Conducting with R. Gandolfi. He also has attended master classes in conducting with G. Kuhn e I. Gillian at Mozarteum in Salzburg and he has been Associated Conductor since 2000 to 2001 of Anton Guadagno.

In 1988 he has been dedicated to the operatic theatre collaborating with the Petruzzelli Theatre in Bari as assistant conductor. Since then he started a brilliant career which led him to conduct the most prestigious orchestras in Italy and abroad. He worked , also, in Croazia, Austria, Francia, Spagna, Belgio,Czech Republic, Hong Kong, Taiwan ,Usa, China, Romania, Korea, Japan and Egypt conducting all the important orchestras of this countries and collaborating with renowned experienced singers and stage directors.
He has tackled all the traditional operatic repertory, while on the other hand taking on studies of scores that are rarely performed such as: L’Armida immaginaria by D. Cimarosa, Mysterium Catholicum by N. Rota, Messa Solenne by C. Franck, Misa Criolla and Navidad Nuestra by A. Ramirez, the Miserere by L. Leo. He has also performed and revised Le ultime sette parole di Nostro Signore sulla Croce by S. Mercadante.

He took part in various special events: Messa da Requiem by G. Verdi organized and broadcasted live by RAIDUE and NIPPON TV, and also the worldwide transmission from the Sala Nervi in the Vatican to commemorate the 50º anniversary of the bombing of Hiroshima and Nagasaki; Missa pro Beatificatione by Sergio Rendine first world performance at Sala Nervi in Vaticano, and broadcasted by RAI 2 for the beatification of Padre Pio; first world performance of a Cantata by R. De Simone Populorum Progressio in December 2000.

In October 2000, he started his activity of Opera Conductor as Associate Conductor to Mº A. Guadagno, at the Palm Beach Opera in Florida (USA), collaborating with the performances of the operas “Rigoletto” and “Un Ballo in Maschera”. Since then he collaborated with Opera catalunya of Sabadell in Spain as Principal Guest Conductor where he obtained personal success conducting “ Rigoletto ”,“L’Italiana in Algeri”, “La Forza del Destino”, “Nabucco”, “Tosca”, ”Norma”, ”Macbeth”, “La Traviata”, “Madama Butterfly” , “Trovatore” e “Carmen” as well as a production in concert of Verdi- “Don Carlo” in Palau de la Musica in Barcelona invited from great tenor Jaume Aragall.
A the same time he obtained success in Korea with a production L’Elisir d’amore at Sejong Theatre of Seoul with Seoul Symphony Orchestra in September 2001 coming back for Tosca, in the Arts Center for the 2002 world cup football celebrations, and in 2006 with Seoul Symphony Orchestra too, for a new production of Mozart “Così fan tutte” followed by a tour Japan, China and Indonesia with the Eastern Philharmonic Orchestra. In March 2002, he collaborated with the Orchestra of the U. Giordano Foundation, Foggia, performing a very succesfull edition of “Messa da Requiem” by G.Verdi on the occasion of the celebrations of the Basilica of San Nicola in Bari which was very appreciated by Italian critics and press. in 2002, he obtained a personal success in the 3rd Umberto Giordano festival conducting Cavalleria Rusticana and Mese Mariano.

In 2004 he started his collaboration with the Cairo Opera House conducting “Un Ballo in Maschera”. In December of that same year he was invited back to that same Opera House to conduct “Aida”. He came back to Egypt in 2005 to lead Cairo Symphony Orchestra until to April 2011 where he conducted a beautiful production of “L’Elisir d’Amore” in Alexandria Sayed Derwish Theatre.

In June 2005 he made his debut in Portugal conducting “La fille du Regiment” by G. Donizetti in the Festival of Rota dos Monumentos di Cascais coproduced by the Sao Carlo Theatre of Lisbon and “Otello” a Taiwan in October 2005 with great success. In 2008 e 2009 he partecipated to G.Verdi master classes by Y.S.M.F. of New York , conducting “Ernani” and Verdi “Messa da Requiem”.

On 30th October 2013 Theatre Anayansi in Panamà City he conducted opera AIDA by G. Verdi a big success with more than 2000 people in theatre.

On 7th and 9th March 2014 he conducted at Verdi Theatre of Pisa the Umberto Giordano’s opera Andrea Chènier.

He has been Artistic Consultant in 1997/1998 and from 2004 to 2005 Petruzzelli Theatre in Bari. He is also interested to teach and he is often invited to take Master-Classes for opera conductors and singers.

from 2001 to now : Guest Musical Director Opera Catalunya of Sabadell-Barcellona.

From 2012 to now : Direttore Artistic Director of Opera Italian Festival dell’Opera of Trani

From 2004 to 2006: Artistic Secretary of the Foundation Lyric-Symphonic Petruzzelli of Bari

Since 2004, Artistic Director of the ‘Cultural Association “Opera” in Bari

From 1998 to 2004: Artistic Advisor for the Opera Season of the Theatre “Curci” in Barletta.

From 1996 to 1998: Artistic Advisor of the Opera Season Tradition of the Teatro Petruzzelli in Bari

From 1986 to 1992, Artistic Director of the ‘Academy Concert Tranese as well as Course Director of Advanced International chamber music.

…Orchestra had its marvellous moments under the brilliant baton of Italian Elio Orciuolo..
-Al-Ahram Weekly- May 2004 (Un Ballo in Maschera- Cairo Opera House). 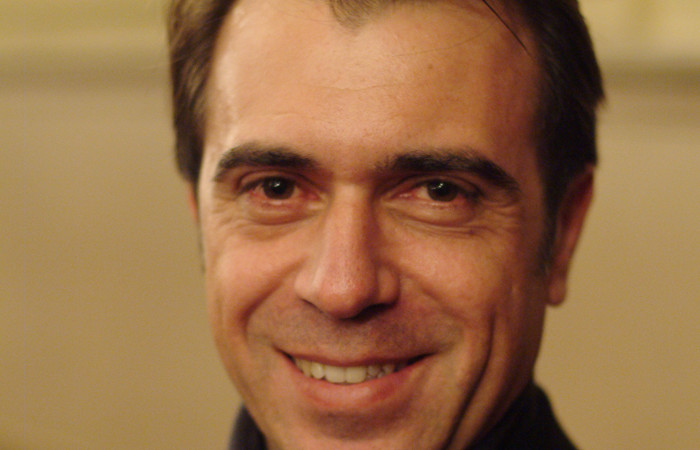