She has participated in several competitions, winning the 2nd prize in the National Competition for Young Performers “Dolores Sendra” Pego, 1st prize and the voice of the future in the Competition “Ciudad de Logroño” special prize “Ana Maria Sanchez,” along with other prizes in “Callosa d’en Sarria”, 3rd prize at the International Singing Competition “Pedro Lavirgen” Priego de Córdoba, 1st prize in the “Mirna Lacambra” “La Escola d” Opera “of Sabadell, 2nd prize in the “Manuel Ausensi” of Barcelona, held at the “Gran Teatre del Liceu” and 3rd prize, prize zarzuela and Audience Award in the “Placido Domingo Operalia” (2006). “.
He has also been awarded the “Teatro Campoamor” as singer revelation of the season 2008/09.
Currently he has been awarded the “Opera Actual” 2012.

In season 2011/12, made her debut at the National Auditorium in Madrid with the ONE, debuted at the Berlin Stattsoper in “The Magic Flute” by Mozart (Pamina),
repeated in the Gran Teatre del Liceu production “Le nozze di Figaro” Mozart (Comtessa), and debuted on the character of Juliet in “Romeo and Juliet” in “Carlo Felice” Genoa which repeat during the same season ” Catalunya Opera “also sings for the first time the opera” Don Giovanni “by Mozart (Dna Elvira) in the” Teatro Principal of Maho “in Menorca.

Her discography includes the DVD “Katiuska”, under the direction of E. Sagi, “Orfeo ed Euridice” production Fura Festival “Festival Castell de Peralada” and, most recently, a recording for Decca of “Romeo and Juliet” with Andrea Bocelli in a production of the Teatro Carlo Felice in Genoa, under the musical direction of Fabio Luisi.

Also noteworthy is its participation in the “Placido Domingo Gala Anniversary” broadcast on TVE in 2011.
In the season 2012/2013 he made his debut as Violetta in Verdi’s La Traviata in “Catalunya Opera” and the Theatre “Carlo Felice” in Genoa, under the musical direction of Fabio Luisi and the stage director of Jean-Louis Grinda.
During the same year he debuted singing Wagner in the Campoamor theater playing the goddess Freia in Das Rheingold opera.

In the season 2013/2014 highlight their debuts in Bilbao Spain in the role of Micaela in Bizet opera Carmen, sings two different productions of Puccini’s opera La Boheme (Mimi) in Barcelona and Genoa and its debut in opera Home theater in Palma de Mallorca with Otello Verdi opera in the role of Desdemona.

In August 2014 Alice plays the role of Verdi’s opera Falstaff in the “Saito Kinen Festival”.

In 2014/season she performed for the first time in the theater “La Maestranza” in Seville the role of Donna Elvira in Don Giovanni.

Next engagements:
2015 May Fiordiligi in “Cosi fan tutte” at the Gran Teatre del Liceu in Barcelona
2015 June Lauretta in Gianni Schicchi at the Teatro Real in Madrid under the stage direction of Woody Allen. 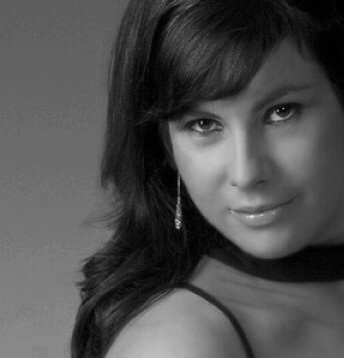