She is an Italian soprano of Brazilian origin.
She began studying opera singing at the “R. Accademia Filarmonica of Bologna” with the Masters Sergio Bertocchi and Paola Molinari.
In 2008 she obtained a “Diploma of Honor” for having attended the Masterclass in singing at the International Music Academy in Assisi.
She is often performed in concerts in Lecce, Bari, Assisi, Milan, Bologna, Pavia and Como, singing in semi-staged “Le Nozze di Figaro” by Mozart, “Suor Angelica” by Puccini, “Anna Bolena” by Donizetti, and “Petite Messe Solennelle” by Rossini, in collaboration of the singers of the New National Theatre of Tokyo Traning Young Artist Programme.
Last 30th october made her debut in AIDA by Giuseppe Verdi , role Aida, at Teatro Atlapa in Panamà . National Symphonic Orchestra by Panamà conductor Elio Orciuolo.
Great goal is achieved thanks to the exhibition in New York (USA), for the M° Fred Carama, in the prestigious Music Academy of the West in California, with the great mezzo-soprano Marilyn Horne.
On 5 October 2010 she graduated in singing with full marks at the Conservatory “Tito Schipa” in Lecce. In 2011 she improved her studies at the CUBEC (Centro Universale del Bel Canto) with the internationally renowned soprano Mirella Freni.
In July 31 of the same year in the province of Pavia, she won the International Opera Competition “Salicedoro”; she was a finalist in the XIX International Competition “New voices for Opera Gaetano Fraschini” of Pavia and October 7, she was then awarded the victory the award “Young Promise for Opera” International Singing Competition “La Città Sonora” Cinisello Balsamo. To close this time of great prizes, October 30, 2011 she was awarded the second prize of the 12th Festival International Opera Singers “Marie Kraja” in Tirana.
In March 2012 she made her debut in the role of Micaela in “Carmen” by G. Bizet during the 43th traditional opera season of Politeama Greco Theater in Lecce.
In May 2012 , she has always Micaela in Carmen G. Bizet, in the season’s traditional Theater Marrucino of Chieti.
Her last big debut is the interpretation of Amelia in “ Il ballo in maschera” by Giuseppe Verdi during the 44th opera season in the traditional Politeama Greco Theater in Lecce (February 22, 2013) and at the Nuovo Teatro Verdi in Brindisi (fabruary 25, 2013).
In 2012 – 2013 she improved her studies with the soprano Alida Ferrrarini. 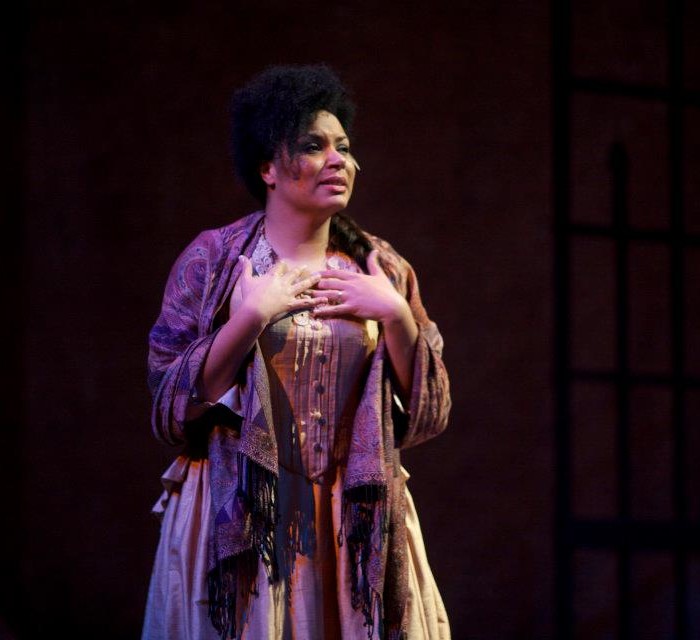