Italian conductor Alessandro Fabrizi collaborates regularly from 2011 with the Royal Philharmonic Orchestra in London who he will conduct again in 2014 for a series of concerts dedicated to Music and Neuroscience project, promoted by the same British Institution, who has devoted a prominent place on the home page on his own web-site. Another important appointment of this year will be the debut with the Berliner Symphoniker Orchestra at the Philharmonie Hall in Berlin scheduled for December 2014. In May he leaded the Theatre San Carlo Orchestra in Naples for a symphonic concert music by Brahms,Saint-Saëns,De Sarasate,Arutiunian,Čajkovskij.

He begins his music studies on piano and percussion instruments at the age of five at the italian Conservatoire “A. Casella” in L’Aquila, graduating in the latter with honors, continuing his specialization at the Royal Academy of Music in London under Prof. Simon Carrington, and then at the Akademie des Berliner Philarmonischen Orchester in Berlin under Prof. Rainer Seegers. At the age of 21 years old he won the International Music Competition of Riviera del Conero (Ancona), among around five hundred partecipants coming from all the world (Gert Meditz president of the jury). A few years later he is winner of the competition for timpanist holder in the Orchestra of the San Carlo in Naples, with whom he will work steadily for several years, alternating frequent collaborations with the Orchestra of the Accademia Nazionale di Santa Cecilia in Rome. In the same time he begins his composition studies and orchestra conducting taking some lessons at the high perfection course at the Music Academy of Pescara with M° Donato Renzetti and attending also master-classes with the M° Kenneth Kiesler (Professor of orchestra conducting at the University of Michigan in the United States) and Jorma Panula (Professor at the Sibelius Academy in Finland). In 2008 he was among the eight finalists selected around the world for the master-class competition in San Petersburg, of the San Petersburg Chamber Philharmonic (president Gennady Rozhdestvensky).

He begins his conducting activity at the side of the M° Jeffrey Tate with whom he studied many of the classical, romantic and late-romantic symphonic and operas scores, mainly initalian and german. He collaborates with M° Tate also for some productions at the San Carlo Real Theatre in Naples, including “ Mozart’s “The Marriage of Figaro”, Bartok’s “The Barbablu Castle”, and Ravel’s “L’Enfant et les Sortilèges”. Then, he is assistant of the M° Donato Renzetti for operas like Tosca at the Verdi Theatre in Trieste (cast with Daniela Dessì, Marco Armiliato and Juan Pons) and Adriana Lecouvreur at the Massimo Theatre in Palermo.

In 2007, the success met on the occasion of a concert with the “New Europe Symphony Orchestra” at the Bulgaria Hall of Sofia will mark the beginning of many collaborations with East Europe Nationals Theatres: a three-year training that allows him to debut a huge opera repertoire, mainly Italian. During this period he conducted Le Nozze di Figaro, Cavalleria Rusticana, Pagliacci e Carmen, Elisir d’Amore, Il Trovatore, Un Ballo in Maschera, La Traviata, Rigoletto, Lucia of Lammermoor, Madame Butterfly and Pagliacci.

In 2010 he has inaugurated the season of the “Italian Simphonic Orchestra Monteverdi” with the IX Simphony of Beethoven at the Flavio Vespasiano Theatre in Rieti, with a very remarkable approvals both from the public and reviews.

In march 2011 the performance of the Fourth Tchaikovsky’s symphony with the Royal Philharmonic Orchestra at the Cadogan Hall of London was thorougly acclaimed from the british audience and a very considerable reviews from one of the best UK magazines (Seen and Heard International) has defined it a “masterly and shining performance”. Always in the same year (may) 2011 he was invited to conduct a Gala-Concert in commemoration of Maria Callas at the National Opera Theatre in Bucarest and in july he conducted Tosca at the Opera Festival at the Art Center Opera House of Seoul.

In 2012 again on the podium of the Royal Philharmonic Orchestra at the Cadogan Hall of London conducting the first Brahms symphony.

In 2013 he was guest of the Teatre of Como for the OperaDomani project 2013, conducting Wagner’s Fliegende Hollander through many italians theatres including Arcimboldi of Milan, Regio of Turin and Comunale of Bologna. In October of the same year, the performances of Rossini Stabat Mater at the Romanian Athenaeum in Bucharest with the George Enescu Philharmonic Orchestra and Chorus received considerable artistic and audience acclaim.

In May 2014 he lead the Theatre San Carlo Orchestra in Naples for a symphonic concert ranging from the Hungarian Brahms dances until Tchaikovsky Romeo and Juliet.

Engaged in projects of cultural innovation, he cooperated with researchers of UCLA (University California of Los Angeles) and he is founding member of MEDIARS, a sperimental centre which is involved in new technologies for culture and performance.

Togheter with the concerts activity, during the years 2001-2004 he has performed also teaching activity in two italian Conservatoires: “N. Paganini” of Genova and “G. Martucci” of Salerno. 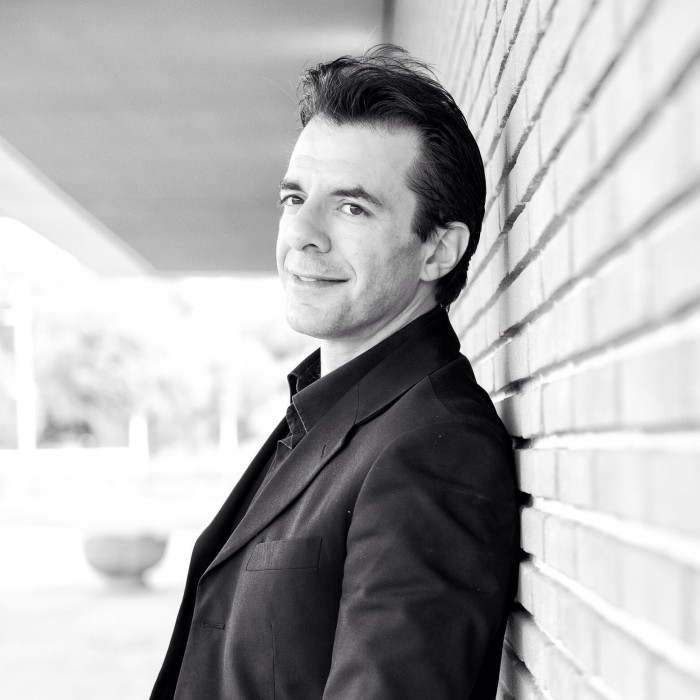