Saverio Pugliese was born in Cosenza,
where he graduated from the Conservatory of Music “S.Giacoantonio”, now he is studying with Maestro Fernando Cordeiro Opa. She attended Master classes with Luciana Serra; Gloria Banditelli; Tiziana Fabbricini; Alfonso Antoniozzi.
She played the role of Tony in West Side Story by L. Bernstein, at the Theater “Odeon” Paola (CS); Basilio in The Marriage of Figaro by Mozart; BASTIANO IN Bastien und Bastian by Mozart at the Mozart Festival of Locri 2006;He was the tenor soloist in’ Oster-Oratorium BWV 249 by JS Bach conducted by Maestro Alessandro Ciccolini, April 2008. He performed Orpheus in the piano reduction of Gluck’s Orphée, directed by Maria Luisa Bigai. He sang in “Puccini, from the lounge to the scenes” Recital of arias at the Theatre “A. Make “of Cosenza, directed by Maria Luisa Bigai. It was The Contadino (tenor) in Leoncavallo’s Pagliacci at the Centenary (1909-2009) of the Theatre “A.Rendano” of the city of Cosenza.
He Made the debut of the role of the Wolf / Ausilia in world premiere of Raffaele Sargenti’s Lupus in Fabula, March 2, 2010, at the Teatro Sociale di Como, conducted by Maestro C. Chamorro, Director C. Leboutte. He played the role of Gastone in La Traviata by Giuseppe Verdi, directed by Maestro Peter Mianiti, directed by Andrea Swan, in theaters of Pavia, Cremona, Brescia and Como; Spoletta in Puccini’s Tosca , directed by Federica Santambrogio, conductor Maestro Bruno Nicoli, for As.Li.Co. Production . He debuted Ismaele in Verdi’s Opera Nabucco in 2011, directed by Silvia Collazuol, directed by Maestro Francesco Pasqualetti, at the Teatro Sociale di Como, the Teatro Comunale di Bologna, the Teatro Regio in Turin, Teatro Olimpico Rome ; Matteo Borsa in Verdi’s Rigoletto, directed by Massimo Gasparon, conductor Maestro Marco Guidarini for the Opera Season 2011 of the Circuito Lirico Lombardo (Theatres Como, Brescia, Cremona, Pavia and Arcimboldi of Milan) and under the musical direction of Maestro Giampaolo Bisanti in the Theatres: Pergolesi of Jesi and the Aquila theatre of Fermo. He played the role Matteo Borsa in Verdi’s Rigoletto , for the 2011/2012 opera season of the Teatro “A. Rendano “of Cosenza, he debuted the Ninth Symphony in D minor, Op. 125 (Tenor Solo) by Ludwig Van Beethoven, at the closing concert of the opera season of the Teatro “A.Rendano” of Cosenza, conducted by Maestro Giovanni Pelliccia; He debuted the role of Monostatos in The Magic Flute and Prime Armigero of WA Mozart at the Teatro degli Arcimboldi for Operadomani 2012, conductor Maestro Salvatore Percacciulo director Stefano Pintor. He performed also the role of Don Riccardo in Verdi’s Ernani, directed by Andrea Swan and under the musical direction of Antonio Pirolli for the Opera Season 2012/2013 Theatre of Cremona, Como, Brescia and Pavia.
He performed with great success the role of Amedeo in Nino Rota’s Naples Millionaire, at the theaters of Lucca, Pisa and Livorno, directed by Fabio Sparvoli and conducted by Matteo Beltrami; Roderigo in Verdi’ s Otello, director Stefano de Luca and conductor Giampaolo Bisanti at the Theatres Circuit Lombardo (Como, Cremona, Pavia, Brescia) and The Arcimboldi. He has been Spletta again in Puccini’s Tosca at the Teatro Coccia Foundation of Novara for the Opera Season 2013/2014, directed by Fabio Ceresa and conductor was Valerio Galli and last November in Jesi and Fermo directed by Massimo and Gasparon under musical direction of Pirolli.
He played the role of Gerardo in Gianni Schicchi by Puccini for OrizzontiArte2014 Festival, directed by Roberto Catalani and direction of Sergio Alapont.
In October 2014 he made his debut with a very great critical success the role of Goro in Madame Butterfly by Puccini at the Teatro Grande in Brescia, director Giulio Ciabatti and conductor Giampaolo Bisanti.
Last November he made debut in Mozart’s Requiem with Sicilian Symphonic Orchestra of Palermo at the Monreale Sacred Music Festival .
On 2015 he had a great debut of the role of PANG IN PUCCINI’ TURANDOT AT the NOVARA OPERA THEATRE conductor MATTEO BELTRAMI .
In his repertoire also chamber music, from lideristica tradition.
You also graduated in Modern Literature to address the Literary Critic and author of historical-critical note, “The fortress of disenchantment” for Opera Brundibar H. Krasa, Theatre “A.Rendano” Pubblinovi; Cosenza, in February 2004.

The OPERA in 2014 by Andrea Merli: << The tenor Saverio Pugliese, has created a Goro besides perfectly executed and timely in his speeches, of great visual impact with a figure far removed from the usual and overused caricature, revealing a prominent personality.> > 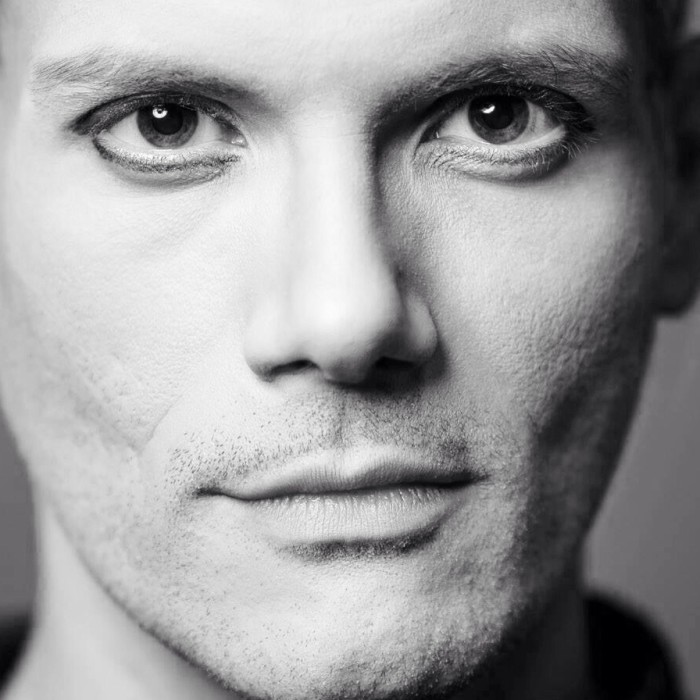