The Slovenian tenor Martin Sušnik, born in Australia, has been living in Slovenia since his
childhood.
He has successfully participated in various competitions in Slovenia and abroad, and has
already won important prizes among which: in 2007 First Ithaka International Competition,
in 2008 at the 37th Competition for young Slovenian musicians (TEMSIG). Intense concert
activity, collaborates with different orchestras, such as the Slovenian Philharmonic
Orchestra, the Slovenian National Opera Orchestra and the Ballet of Ljubljana, Zagreb
Philharmonic, with which he debuted with great success both the Mozart’s Requiem that
the Passion of Saint John by JS Bach.
He made his debut in 2009 at the Ljubljana Opera House in the role of Edoardo Milfort in
Rossini’s opera The Marriage Contract. He also sang the main role in the opera in one act
by Peter Šavli Pastir (The Shepherd).
He sang at the prestigious Royal Opera in Versailles and at the Opéra
Comique of Paris.
Among the roles already debuted: Romuald in The Black Masks by Marij Kogoj at the
Opera SNG Maribor, the role of Camille de Rosillon in the Lehár’s Vedova Allegra operetta
, Nemorino in Donizetti’s Elisir d’Amore by (both at the opera SNG Maribor).
At the Opera SNG Maribor, also debuted in recent seasons with great success: the role of
the Duke of Mantova (Rigoletto), Don Ottavio (Don Giovanni), Lensky (Yevgeny Onegin),
Rinuccio (Gianni Schicchi), Lindoro (Italiana in Algeri ), Conte Almaviva (Il Barbiere di
Siviglia ), Chevalier de la Force (Dialogues des carmélites), Nick (La Fanciulla del West)
and Tamino (Die Zauberflöte), and more recently Ernesto (Don Pasquale), Loge (Das
Rheingold) and Rodolfo (La bohème). In 2018 He made the debut with success of the
role of Elvino in Bellini’s La Sonnambula, Rinuccio in Gianni
Schicchi in the production of Verdi in Trieste at the Teatro Nuovo in Udine, Nemorino in Elisir d’amore at the Teatro Verdi in Trieste and Edoardo di Sanval in Verdi’s “Un Giorno di regno” at Teatro Verdi di Busseto Festival Verdi . 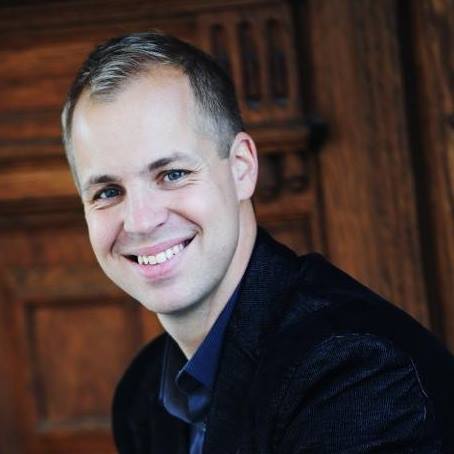